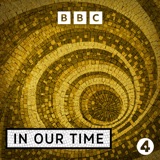 Melvyn Bragg and guests discuss the celebrated British poet of World War One. Wilfred Owen (1893-1918) had published only a handful of poems when he was killed a week before the end of the war, but in later decades he became seen as the essential British war poet. His works such as Anthem for Doomed Youth, Strange Meeting and Dulce et Decorum Est went on to be i… Play episode

In Our Time RSS Feed