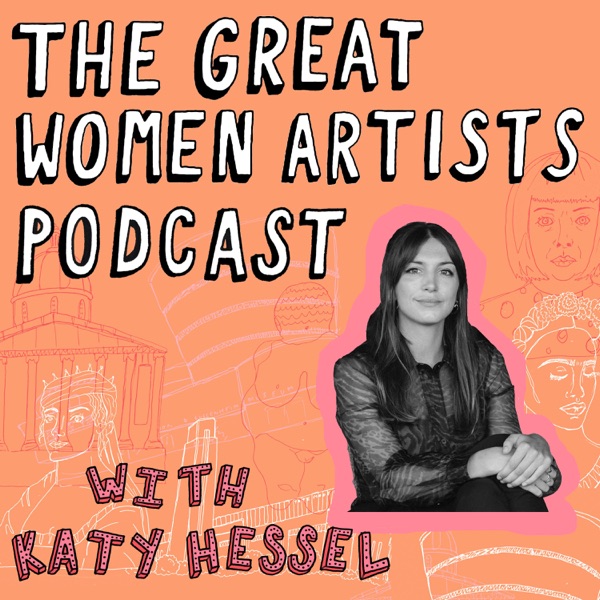 In Episode 22 of The Great Women Artists Podcast, Katy Hessel interviews the world-renowned feminist art historian, Dr Jo Applin, on the legendary, LOUISE BOURGEOIS !!! Born as early as 1911 and living for nearly ONE HUNDRED years, Louise Bourgeois was a visionary. One of the most important artists ever to exist, in this episode we deep dive into her extraordinary life and pioneering work, that marked a shift in art, forever.  Known for her large-scale sculptures and cell-like installations, as well as paintings, drawings, sculptures and more, Louise Bourgeois began her artistic practice in her native Paris. Originally associated with Surrealism due to her integration of fantastic elements into her prints and sculptures, when she moved to NYC in 1938, Louise began to focus on sculpture: creating biomorphic forms that enact the physicality of the body.  Whilst the 40s saw her experiment with her 'Personages' sculptures and paintings reminiscent of the female in the domestic space, the 60s saw her move into suggestive organ-like works using unconventional materials – from resin, latex, and cloth – to allude to a tension between quintessentially male and female forms. With the 70s marking a cultural shift in feminist ideas, Louise started to garner recognition, which was cemented by a major retrospective at MoMA in 1982. The last few decades saw her create her most iconic and most experimental: the giant spiders – which we discuss in great detail (in particular the Dia: Beacon exhibit) – and cells, which capture Bourgeois's quietly screaming psyche in way that has never before been documented.  I LOVED recording this episode with Jo Applin – one day prior to lockdown! Jo is also the Head of the History of Art department at the Courtauld Institute of Art. Focussing on American art since 1960, her research addresses questions of abstraction, ageing, eccentricity, feminism, sexuality, and subjectivity.  Thank you for listening!! This episode is sponsored by Alighieri  https://alighieri.co.uk/ @alighieri_jewellery Follow us: Katy Hessel: @thegreatwomenartists / @katy.hessel Sound editing by Amber Miller (@amber_m.iller) Artwork by @thisisaliceskinner Music by Ben Wetherfield https://www.thegreatwomenartists.com/